Desertification and land degradation in Uzbekistan. How to stop these processes?

Desertification and land degradation in Uzbekistan. How to stop these processes?
On-going project

Recently, the world is shaken by a variety of natural and environmental disasters. More and more often we hear about floods, earthquakes and drought. Changes are happening in all parts of the world and are not always for the best. As the Earth’s history taught us these changes only seem to be localized but, in fact, they are deeply interrelated and are connected throughout the world. Somewhere there is raging water that makes it impossible to grow anything and somewhere else dry wind is howling and taking away the last hope to provide water to the crops.

Arid lands accounted for 41.3% of the earth’s land surface. These lands cannot be considered unusable due to such significant share. Large portion of these lands consists of the mountains and all of them are somewhat livable, although they are not very comfortable. 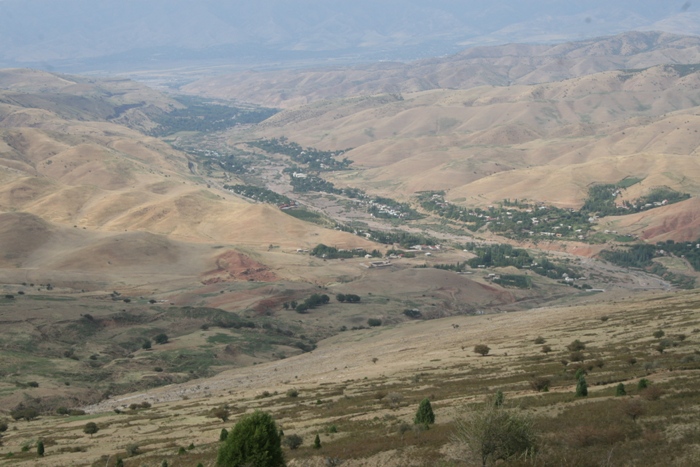 Situated in the continental mainland, Central Asian region is severely short on water. Uzbekistan is a perfect example of the country with a dry continental climate that demonstrates the water shortage.   Environmental security should be and is one of the main priorities for leadership of this densely populated, rapidly developing country.

Most of the Uzbekistan’s population lives in rural areas and traditionally is engaged in the agriculture. Traditional farming that people conduct from generation to generation is draining the land. Natural water and wind erosion are contributing to the loss of rich topsoil and strengthening the degradation process. It takes close to 3000 years to restore 15 centimeters of the fertile topsoil required for normal crop cultivation and if it is mismanaged, it can be lost (destroyed or damaged by winds and water) in just one season!

Many of the foothills and valley regions started experiencing water shortages. Due to the lack of water some of that land is no longer suited for agriculture and is used as pastures. Productivity of these pastures is low and they tend to have an extensive burden because of the increasing number of the livestock. Cattle destroy existing vegetation, not allowing it to recover. The soil is rapidly degrading. There is more evaporation than precipitation on those lands. Deserts are expanding right in front of us taking away once fertile land. 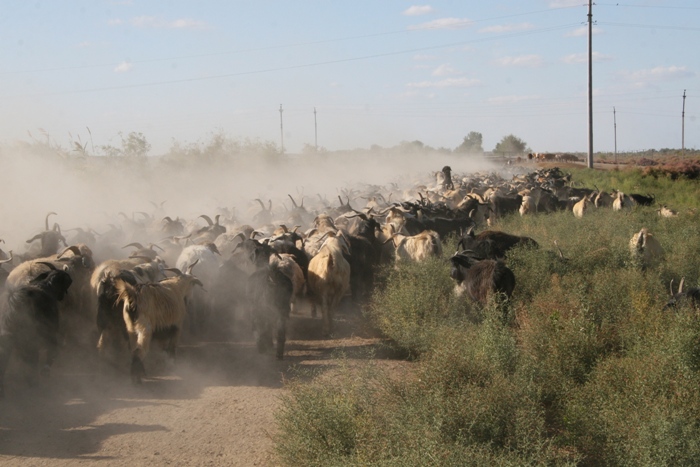 The rate of the land degradation is increasing every year. Mankind has lost about 2 billion hectares of abundant land throughout the historical period of its development; this is much more than occupied by farmed land and pastures today. Desertification and drought that are happening everywhere in water deficient regions are recognized as environmental problems that hinder sustainable development of the society. 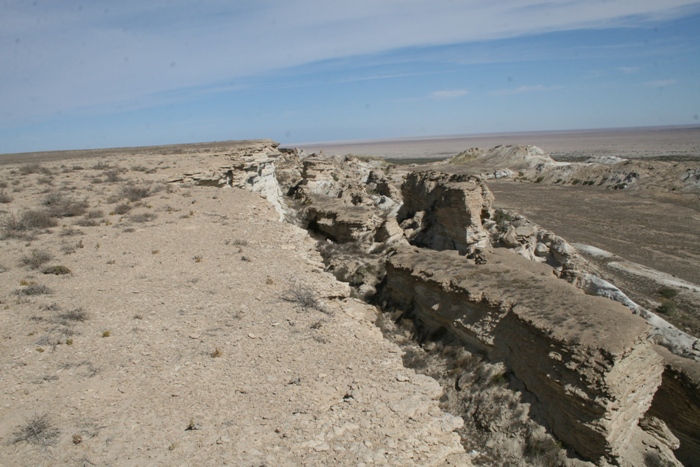 In the language of sustainability, as well as defined by the United Nations, soil degradation is a "temporary or sustained decline of soil fertility resulting from various factors, including climatic variations and human activities.” Soil degradation is considered a global issue related to desertification in arid, semi-arid and dry sub-humid areas usually called dry zones that are inclusive of the deserts.  Whereas land degradation is a reduction of the biological or economic productivity of the land ecosystems, including soils, vegetation and other flora and fauna, and a decline in ecological, biogeochemical and hydrological processes observed in these systems. 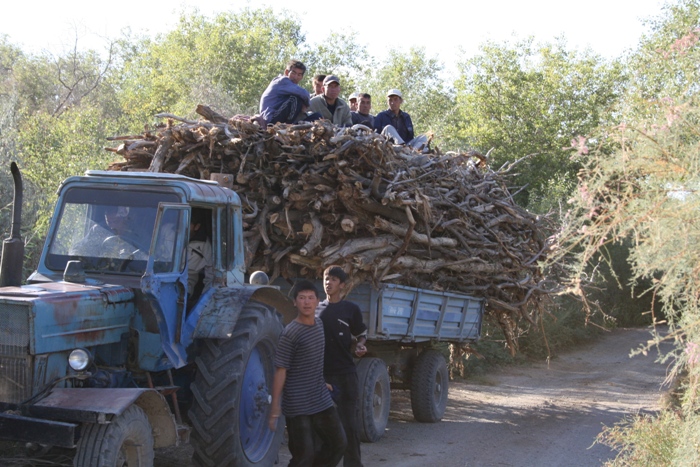 An estimated 2.6 billion people are living in arid areas; over 100 countries are suffering from the effects of the soil degradation and desertification processes that affect more than 33% of the Earth's surface. Approximately 73% of the natural pastures in the arid areas plus 47% of lands with low productivity and the significant percentage of the irrigated farms are subject to the degradation at the present.

Massive sandy, clay and saline plains and foothills throughout almost the entire territory of Uzbekistan are subject to the desertification.

So Uzbekistan was one of the first countries (13th out of the 193 members) to sign the Convention to Combat Desertification and drought on the December 7th, 1994.  The Supreme Assembly (Oliy Majlis) has ratified it on the August 31st, 1995.

Furthermore, Uzbekistan had adopted a national action program to combat desertification in 1999. The program identified the country’s main priorities in the implementation of the UNCCD and a number of measures that would ensure success of the containment of the desertification processes, land degradation and drought prevention. Establishing of the observation and control system by using modern methods of monitoring desertification and drought was one such measure. Specialists under special grants and participants in the international projects are studying desertification processes and assessing their impact on the environment but this work is not permanent and is rather sporadic. Unfortunately, to this day there is no State monitoring system, although as mentioned above, it should one of the State priorities.
At present, a number of Ministries and State Departments are independently monitoring and evaluating desertification processes. And each organization has certain obligations under one or the other monitoring concept each of them is responsible for. 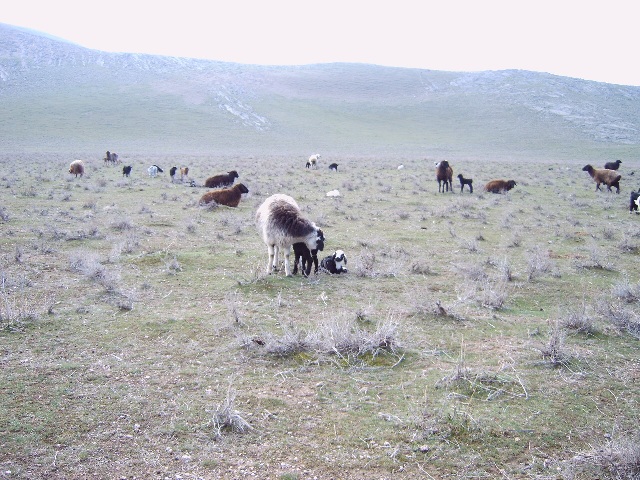 The most pressing question right now is how effectively local authorities (Khokimiyats) use available degradation and desertification information to address productive use of the land and the economics. 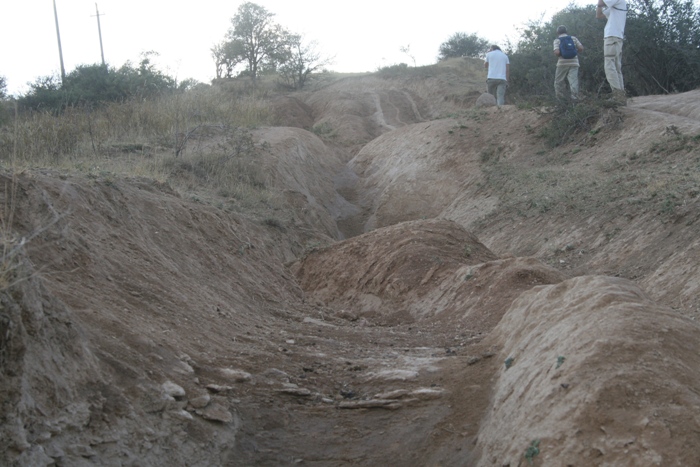 To identify effective methods of combating desertification and land degradation we need to clearly understand the global mechanism of these processes. It is necessary to collect information on the land degradation and the desertification processes. This information is critical and is necessary for many people, starting with the decision makers in the government, local authorities, scientists, professionals, and ending with the land users and farmers, because only farmers can give a substantive assessment of the implementation of the practices.

Considering the range of the audience using such data available information must be presented in a comprehensible and user-friendly format; it should reveal current problem zones and describe the process of their transformation in space and time.

Available information on land degradation in the country should be provided to UNCCD in form of the reports based on the established criteria and technical standards. The figures for each country help to monitor desertification and land degradation processes and to make the right decisions based on comprehensible and necessary data. The data presentation from the different countries should be consistent with each other. Currently, norms developed and proposed by UNCCD are difficult to use. The reason may be a lack of information or its irregularity. Reporting was developed using so-called "indicative" approach. 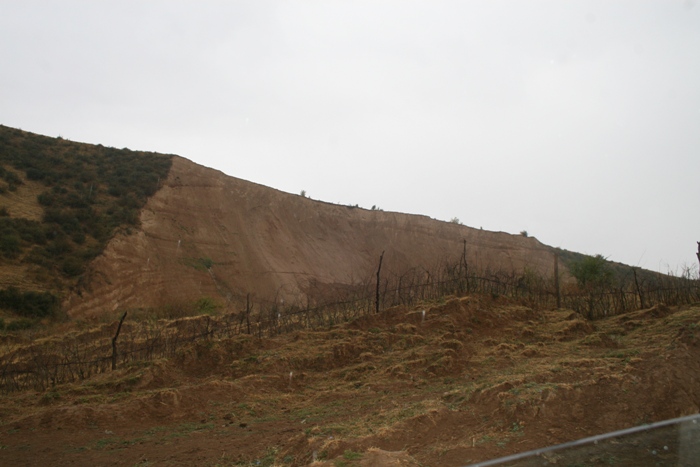 An indicative approach is a process of creation and use of the systematized parameters (indicators). Indicators are statistical data or measures related to the conditions and/or changes in the quality or condition in the item of the value or object. These criteria provide information, describe the state of specific events and are useful for monitoring changes, making it possible to compare trends and progress over a long period. The main challenge in defining indicators is that you must choose those that are sufficiently representative, but, at the same time, easy to understand and easy to measure on a regular basis.

Indicators can be quantitative or qualitative benchmark or variables that provide simple and reliable basis for assessment of achievements, for assessment of the changes associated with an intervention in the development process and for measurement of the task performance. Indicator is a unit of information measured over time that can help demonstrate a change in a particular condition. In our case, the goal or task can have multiple indicators. 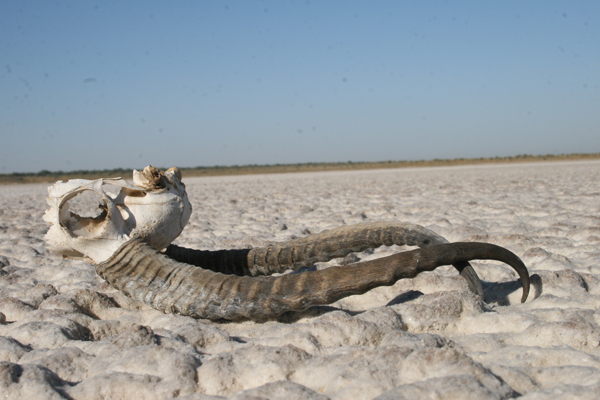 Proposed project will address the lack of information on evaluation of the status of desertification processes through the establishment of an indicator system which will be the basis for the development of desertification monitoring in Uzbekistan.