Why Value Nature? It’s Better to be Roughly Right than Really Wrong

Why Value Nature? It’s Better to be Roughly Right than Really Wrong 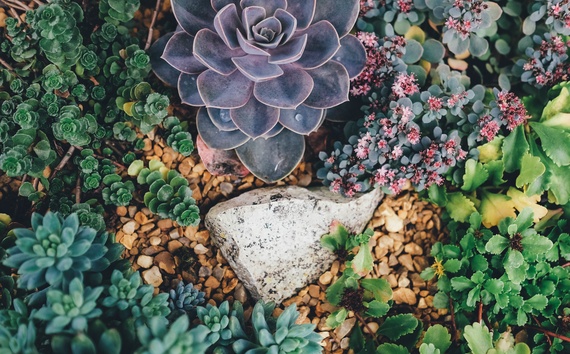 Hunter Lovins explains that when it comes to valuing nature, it's better to be roughly right than really wrong.

This article has been submitted as part of the Natural Capital Coalition's series of blogs on natural capital by Hunter Lovins, President, Natural Capitalism Solutions, Professor of Sustainable Management, Bard MBA and Time Magazine Millennium "Hero of the Planet".

"Financial markets put prices on them every day" I answered. "Actuarial tables assign a value to human life. Captains of industry see both people and nature as capital". I quoted Pavan Sukhdev, chair of the landmark report from The Economics of Ecosystems and Biodiversity (TEEB), who pointed out that if you cannot prove that nature has a higher worth, corporate beancounters will enter it into business equations as having a value of zero. "That", I said, "is why so much of what we value is being liquidated. No price on nature can ever capture its full worth, but it's better to be roughly right than really wrong."

The author went away mad, and we've yet to have the conversation saying that I agree with him that the wild places of the world should be accorded intrinsic worth, that the loss of cultures and languages driven by the Mac-homoginization of the world is tragic. How many times have I quoted Theodore Geisel to audiences: "I am the Lorax, I stand for the trees." Then, "Unless someone like you cares a whole awful lot, nothing is going to get better. It's not."

Those of us who want to see nature and humans properly valued, both for themselves and in economic equations, care just as much about the integrity of ecosystems and of community as those who believe them degraded by being calling "capital." But perhaps we're a bit more realistic.

Business defines capital as money or assets that can be used (often as means of production) to create ever more wealth. It's worth noting that the word 'wealth' derives from the old English 'weal,' or well-being, which is what we ought really to be enhancing.

Part of the issue is that we measure well-being as increased GDP: he who dies with the most toys wins. The idiocy of this practice is another conversation, but it's worth noting that most of what people now call 'wealth creation is simply the liquidation of one form of capital (forests or people's welfare) for another (money.) This is just bad capitalism, or as activist Randy Hayes puts it, 'cheater economics.' A good capitalist will steward and seek to enhance ALL forms of capital, thereby gaining the ability to create ever more genuine wealth, measured as the well-being of us all.

It's common to think of 'capital' only as money and stuff. But there are at least four forms: financial and manufactured (which we now count and manage,) as well as human and natural (which we are currently liquidating.) Many say there are five, adding social capital. The Institute of Chartered Accountants of England and Wales counts seven, adding intellectual and relational capital. In our book, Local Action for Sustainable Economic Renewal we added institutional, historic and cultural, entrepreneurial, technological and exchange capital (making markets in keeping agricultural and ecosystems intact.) Others add spiritual as well. However many you count, it's more than two.

Until we transform the economy (a good idea, but also another conversation) we must attach as much value to nature and community as we legitimately can, and ensure that all forms of capital are properly accounted for, enhanced and stewarded.

Why does all this matter?

There's the academic reason and the real reason. One: just as we are being bad capitalists, we are also bad accountants. The TEEB program commissioned the consultancy Trucost to examine money 'earned' by the biggest industries (primarily extraction and industrial farming) and comparing it with the costs of using non-renewable assets like fossil fuels and minerals; and such biological capital as forests and fisheries. Counting water use, land use, greenhouse gas emissions, waste pollution, land pollution and water pollution, the study found that these losses exceeded the profits of primary production (agriculture, forestry, fisheries, mining, oil and gas exploration, utilities) and some primary processing (cement, steel, pulp and paper, petrochemicals.)

If the real value of natural capital being squandered by industries that are allowed to do so is counted, almost no industry would be profitable. For example, the uncounted costs of East Asian wheat and rice farming are roughly $500 billion in 2009. 2012 revenue from that farming was less than $100 billion. Coal generation in East Asia and North America imposed costs of nearly $800 billion to deliver revenues of $690 billion.

TEEB found that the uncounted costs from the loss of natural capital in the industries studied were at least $7.3 trillion in 2012, or 13% of global GDP. They published the report so that investors can better assess the risks to companies and supply chains, shifting investment to companies with lower costs, and thus lower risks, and incidentally signaling the worst offenders that they are going to be penalized for their bad capitalism.

The real reason is that without knowing the true value of nature, we allow economic activity to damage it irreparably. The value of natural capital (and intact communities) is real, but by allowing companies to use it for free, we're squandering the wealth of future generations, and losing quality of life for ourselves.

Best case, this information is integrated into policy. I was honored to part of a team analyzing the value of the ecosystem services delivered to the economy of the City of Sanya, on the island paradise of Hainan, China. Chaired by Dr. Robert Costanza, we, and our Chinese colleagues from the Institute of Green Investing of the De Tao Academy, found that the value of the natural capital in the city exceeded the value of the economy that was counted. De Tao, a business-led effort to transform Chinese education, wanted to know if they could convince the government to make development concessions contingent on a developer assessing the value of the natural capital in the virgin land, and committing to delivering at least equal ecosystem services over the life of the development.

Will China do this? It would be transformative if it did. China is the only country to write into its Constitution that it will be "The Ecological Civilization." To achieve this, it will have to get its accounting right.

Hunter Lovins is President and founder of Natural Capitalism Solutions and co-creator of the 'Natural Capitalism' concept. Named Millennium TIME Magazine Hero of the Planet, Hunter Lovins was awarded the 2008 Sustainability Pioneer Prize by the European financial community for her 30 years of work framing the sustainability movement, setting forth the business case for energy efficiency, renewable energy and resource productivity and climate protection.

A social entrepreneur, she mentors for the Unreasonable Institute, and consults to large corporations, small businesses, communities, and dozens of nations around the world. A founding professor at Bard MBA and several other graduate programs, she was called by Newsweek Magazine the 'green business icon.' Previously, she co-founded Tree People, serving as its Assistant Director for 6 years, and Rocky Mountain Institute, which she led it for 20 years as CEO.

Author of hundreds of papers and 15 books, including the landmark work, Natural Capitalism, Ms. Lovins travels the world, lecturing at such venues as the World Economic Forum, the UN, WOBI, TED and many others. Her private and public sector clients include Unilever, World Business Council for Sustainable Development, Wal-Mart, Royal Dutch/Shell, the International Finance Corporation, and the governments of Afghanistan, Australia, Bhutan, Canada, Honduras, Jamaica, Germany, New Zealand, Sweden, the US and many more.

On 13th July 2016, The Natural Capital Coalition will launch a standardized framework for business to identify, measure and value their impacts and dependencies on natural capital. This 'Natural Capital Protocol' has been developed through a unique collaborative process; a World Business Council for Sustainable Development consortium led on the technical development and an IUCN consortium led on business engagement and piloting. The Protocol is supported by practically focused 'Sector Guides' on Apparel and Food & Beverage produced by Trucost on behalf of Coalition.

Keep up to date with the Natural Capital Coalition on Twitter: @NatCapCoalition

Keep up to date with our series on natural capital here.