Energy is one of the main motive forces of a country development, though sometimes we underestimate its importance. We can judge the level of development by the amount of energy that a country is provided with and the main sources of energy used by its main consumers and how efficiently energy is spent by its residents and other internal consumers.

The current project is directed to the modernization of greenhouse of Samarkand State University, so that using the insignificant amount of energy that is available and still it can fulfill its functions – to cherish a unique collection of plants which will serve as a base for scientific work and for the expansion of knowledge on importance of biodiversity components. 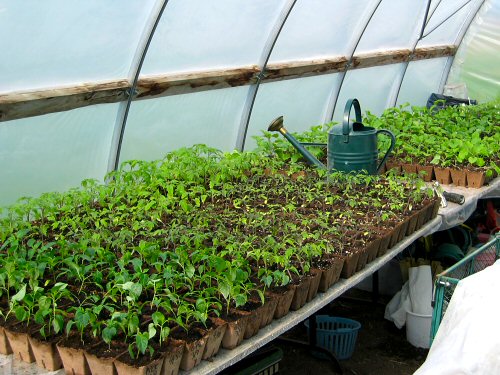 Currently, the greenhouse is in terrible state. From 1969, which is the year of its building, the greenhouse hasn’t been reconstructed. The glasses are broken, there are cracks and holes everywhere around, and thus isolation of the greenhouse is very low. The boiler-room is old and it consumes a huge amount of gas, but still it is not able to heat the greenhouse to the required temperature. The temperature falls to 0 degrees in winter. Out of 500 plants that existed, only 250 plants have been preserved. In summer, in order to escape an extraordinary temperature and to shade the greenhouse, the glass is covered with mud. In other words, energy is spent extremely irrationally which is harmful for the greenhouse and does not let it function normally.

The project has an objective to show how a social object (which is a greenhouse in our case) can become a model of power efficiency. The project will build up the boiler-room over again, with effective heating equipment; install a solar panel which will provide electricity for the pump in case if electricity is not available in the power circuit; reconstruct the system of isolation of the greenhouse with the use of polycarbone glass which is 6 times more efficient than ordinary glass; regulate the system of heating; help the greenhouse to establish a list of plants and create its electronic base, which will be available for everyone; prepare fascinating excursions for visitors of Samarkand and its residents that will share information on biodiversity services in an interesting way; and also prepare instructions for excursions for school children and students on power efficiency and on the importance of energy for climate preservation of the planet and for the development of any society.

The budget has been currently approved but we continue searching sponsors, because some amount of money is lacking. If you have serious proposals about donors who are able to support this project, we will be happy to hear them.

At the time of project approval, our grant committee asked the following questions:

1. To send a letter to the municipality of Samarkand city with a request to confirm that the city rebuilding plans do not stipulate moving of the biological faculty and its greenhouse from the current location, demolish the greenhouse or somehow affect functioning of the greenhouse by works on the city rebuilding. The project can be launched only after receiving of official confirmation from the mayor of Samarkand city.

An appropriate letter-request was sent to the Samarkand municipality and the confirmation was received saying that the greenhouse will not be affected.

- introduce with an answer from municipality

2. Continue working with donors and make sure that all the preliminary intentions to support the project are really affirmed by real investments (letters of guarantee) by the moment of the project start-up.

We have already received a confirmation and partial or full financing from UNDP, the Embassies of Switzerland, Germany and USA. The work for attraction of additional assets is being carried out.