We invite all youth (and not only, but all interested) of our country to visit the Youth Climate Forum of Uzbekistan. 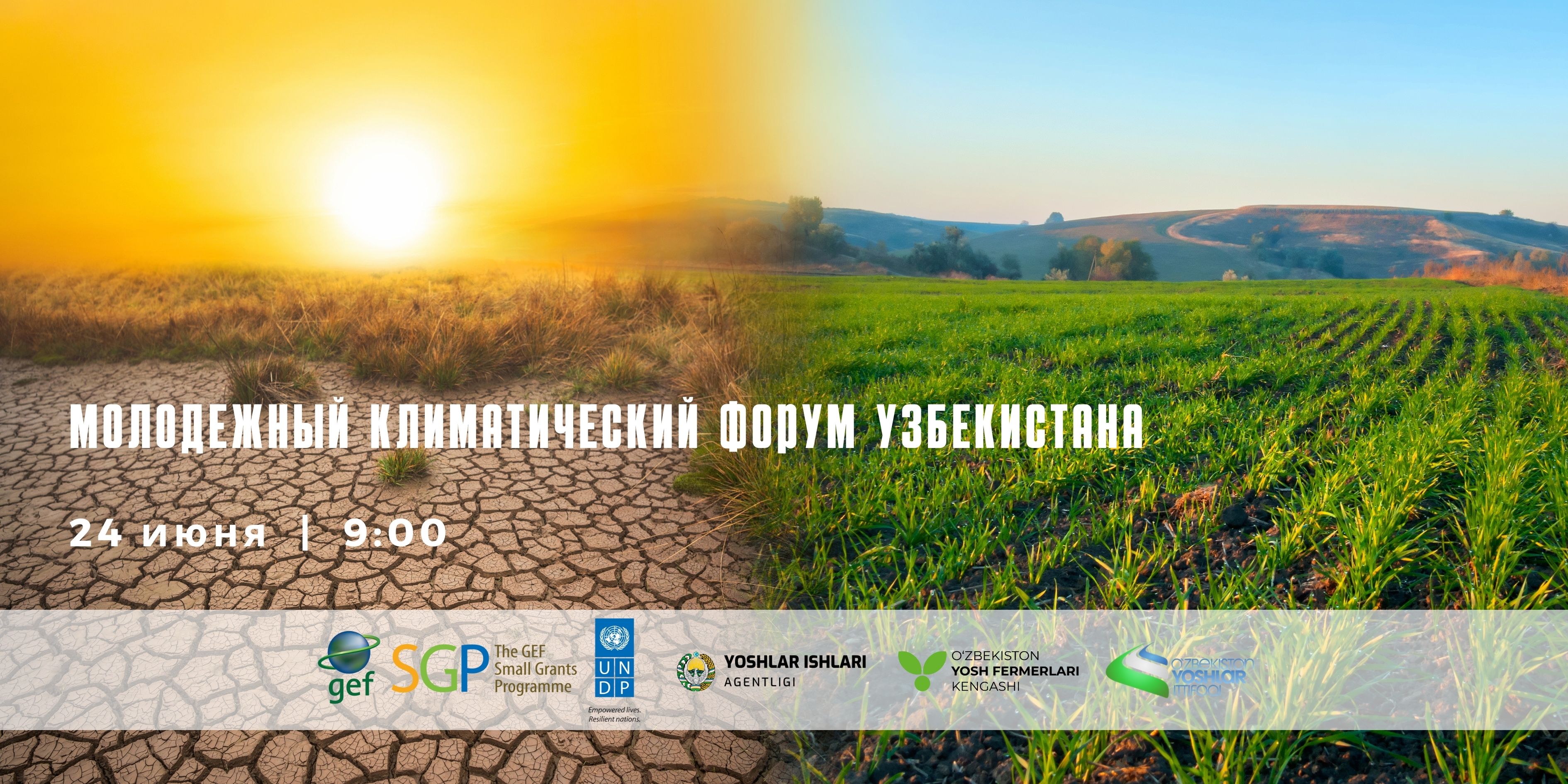 Come, listen to other young guys and girls, ask questions, discuss, find out. Because it's so interesting. And very important for your future!

Climate change is one of the most important problems of global civilization. Not only Uzbekistan but the whole world. How well we cope with this problem depends on whether humanity will live or disappear from the face of the Earth.

With the onset of the industrial revolution, mankind began to pump carbon fuel from the bowels of the Earth and burn it to develop our economies. Carbon fuel - coal, oil, gas - is, in fact, carbon in gaseous form, which the Earth's ecosystem pumped out, removed from the atmosphere for many millions of years, and "deposited" into the bowels of the Earth in order to stabilize the atmosphere for the creation and development of biological life on the planet.

But over the past 100-150 years, since the beginning of the industrial revolution, man has been so actively pumping everything out of the bowels and burning it that the atmosphere began to refill with previously removed greenhouse gases - gases that keep the heat of the Sun in the atmosphere. A change in the average temperature of only 1 degree throughout the planet has enormous consequences - the world ocean begins to heat up, ocean currents change, they change the climate of the continents, the processes of formation of air masses and filling them with moisture, their redistribution across the planet and much more. A change in the average temperature of 3 degrees will have catastrophic consequences for humanity: a colossal climate destabilization, an exorbitant number of emergencies, a complete redistribution of precipitation around the planet, a redistribution of temperature regimes, a change in the habitats of plants and animals, droughts, floods, the danger of failure to obtain food and other crops and many many others. Those. life on Earth will change so much that it will be very uncomfortable, dangerous and expensive for humanity to live in such conditions.

But the problem is that people do not think what will happen tomorrow. For them, only "today" matters. And the harm that they cause to the climate system is not immediately visible. It comes with a delay. And if one person threw a certain amount of gases into the atmosphere, then only he will benefit, but all of humanity will face harm. Someone uses a bicycle and public transport, and someone alone drives a large SUV. The pleasure of driving an SUV will be received by one person, but all together, including the one who thought about the climate and rode a bicycle, preserving the climate, will pay for the harm in the form of a changed climate on the entire planet.

The same injustice exists in the distribution of harm and benefit among generations. Right now, at the moment, carbon fuel is being burned, and today's generation is benefiting from its combustion. But all the harm, all the consequences of delayed climate change will be experienced by the generation that is now young, and whose life is still ahead, in the future. But it turns out that the younger generation, who will experience all the bad consequences, now has no voice - they are young, not yet experienced, they have no political strength and will, and in fact, they will simply be a victim of today's policies of modern governments .

In order for informed decisions to be made, for such decisions to be fair, it is necessary that people fully understand why climate change is critical and why it cannot be allowed to happen. To prevent climate change, we must act not alone, but together. Like one mahalla. The actions of one person, one city, one state and one generation will not help, because we are all sharing this planet together. Here it is important that the whole society, all cities, all countries act here to achieve one result common to all!

But the beauty of this is that any ocean starts with a small stream. Everyone must act. And you can start small to achieve big; to each individually, but to all.