Bicycles as a solution to transport and climate change

A new report from the Transport Development Institute proves that promoting bicycles and building bicycle infrastructure is the best way to reduce greenhouse gas emissions and tackle climate change. The results of the study show that if in the cities of the world they will actively develop cycling transport and the corresponding infrastructure, then in the period from 2015 to 2050. the total cost savings could be around US $ 25 trillion. However, by 2050, CO2 emissions from the passenger transport sector could be reduced by 11% compared to a scenario in which bicycles will not be given due attention. 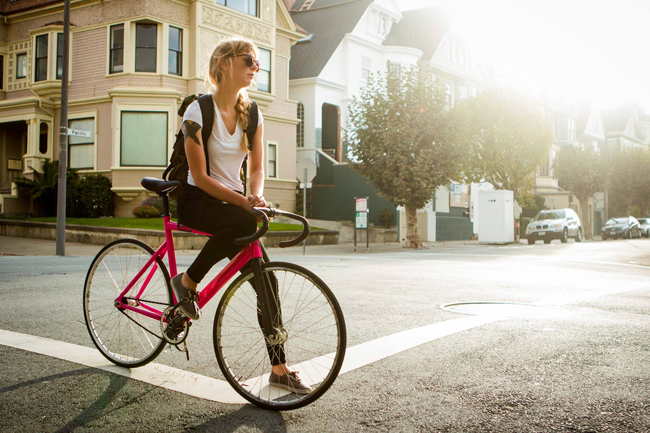 That being said, the definition of “strong focus on bicycle development” in the report does not mean anything over the top. The authors considered scenarios in which by 2030 11% and by 2050 23% of trips will be by bicycle. Short distance trips were taken into account. However, given the fact that, for example, in the United States, half of all car trips do not exceed five miles, this approach seems completely logical.

And yet, even this rather moderate scenario has shown that the development of bicycle transport can lead to large positive changes. “The shift in focus in urban planning, which will give cycling more opportunities, will help create completely different urban areas. They will have a passenger transportation system that will be friendly for pedestrians, cyclists and public transport, ”the report says.

According to the scenario, an increase in cycling and e-bike travel in cities around the world will reduce energy consumption and total emissions in the passenger transport sector by 7% by 2030 and by 11% by 2050. With the current trends in the development of transport (business as usual), CO2 emissions, on the contrary, will grow from today's 2.3 gigatons to 4.3 gigatons by 2050.

The authors of the report note that it is not difficult to develop sustainable cycling transport. To do this, cities need:

• Widespread introduction of bicycle rental programs in large and medium-sized cities with reference to transit transport;

• Review and amend legislation to support and protect cyclists and pedestrians;

• Close coordination of departments responsible for urban transport development and land use planning.

Additionally, a number of measures will have to be taken to reduce the popularity of cars. City authorities need:

• End support for motorists, in particular through the elimination of free parking, fuel subsidies and minimum parking requirements;

• Encourage active use of bicycles through the creation of favorable pricing policies and information campaigns;

• Introduce measures for car owners such as tolls to certain zones or tolls for each kilometer traveled, as well as other financial mechanisms to help resolve the issue of negative external costs;

Metropolitan areas are spending billions of dollars to combat the consequences, but not the causes of the transport problem. Imagine if even a small part of this money went to the development of cycling infrastructure. The Transport Development Institute report confirms once again that bicycles are the fastest, cheapest and most efficient way to reduce greenhouse gas emissions and unload city roads and streets.