Firewood is a renewable energy source

We have already noted, where possible, that the land must be constantly covered with vegetation so as not to lose its productive functions. "What does firewood have to do with it?" - you ask.

The population of Uzbekistan as of July 1, 2016, was already almost 32 million people [1] and, according to various estimates, will continue to grow until 2050. Almost half (49%) of the population lives in rural areas, where the main source of energy (for heating and cooking ) are firewood. Depending on the location and conditions of the availability of other energy sources, the share of biomass (firewood, dung) makes up from 35% to 85% of the energy consumed by the rural population. In other words, almost 16 million people in our country get more than 50% of their energy from burning wood.

What is firewood? Firewood is former trees and shrubs that have been cut down to be used as fuel for heating and cooking. There were trees, shrubs that made up the forest, covered the soil with vegetation, and which turned into heat energy and, ultimately, simply into smoke from the chimney of the stove that heats the house or on which food is prepared.

Unfortunately, Uzbekistan is no exception to this trend. The situation with deforestation in our country is threatening: where there used to be forests, now there is a desert. On one of our project territories, aksakals remember that when they were small, they were afraid to run into the saxaul forests growing near the village - they were so dense and how many animals there were. Now, next to the village there is a desert, where even the roots of the old trees have disappeared. And along the coast of Aydar-Arnasay there is a mountain range called Pistalitau, which means “mountains covered with pistachio”. And they really were there. There is not a single tree there now. And so, unfortunately, throughout the country. 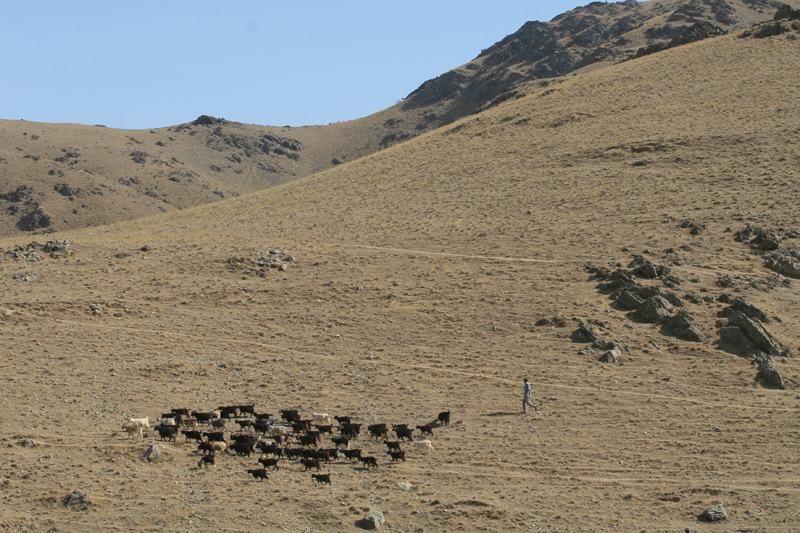 This catastrophic situation must be stopped. How important is the felling of trees and bushes? It seems that this is just an aesthetic problem. But this is not at all the case. The loss of vegetation has a direct bearing on the country's development. Deforestation and loss of vegetation are dangerous for many reasons:

The process of people cutting down trees and any other vegetation for firewood is understandable. Naturally, the population of the country is growing and is growing very quickly. Every family, every house needs to heat the house, prepare food. And the supply of energy does not keep pace with such an increase in the population's demand for fuel. Of course, people will cut down vegetation for firewood. And since people only cut down, they do not plant anything in return, the huge number of livestock does not allow the natural process of renewal to take place, we are losing more and more vegetation, we are losing the forests of our country.

WHAT TO DO? What are the ways to solve the problem?

The GEF SGP offers a simple way out of the situation. FIREWOOD is an undeservedly ignored, renewable energy source. It's simple. As they live, plants capture carbon from the atmosphere, converting it into biomass, which we can use as fuel. So if we grow plants for firewood, we are actually taking carbon from the atmosphere and putting it back when we burn firewood. If you use as much as you produce, then you are carbon neutral and not emitting excess carbon into the atmosphere. This means you are climate neutral. You are producing "clean", "green" energy without impact on the global ecosystem. But for this you need to not just take wood from nature, hoping that it will grow again there. And grow this wood yourself. 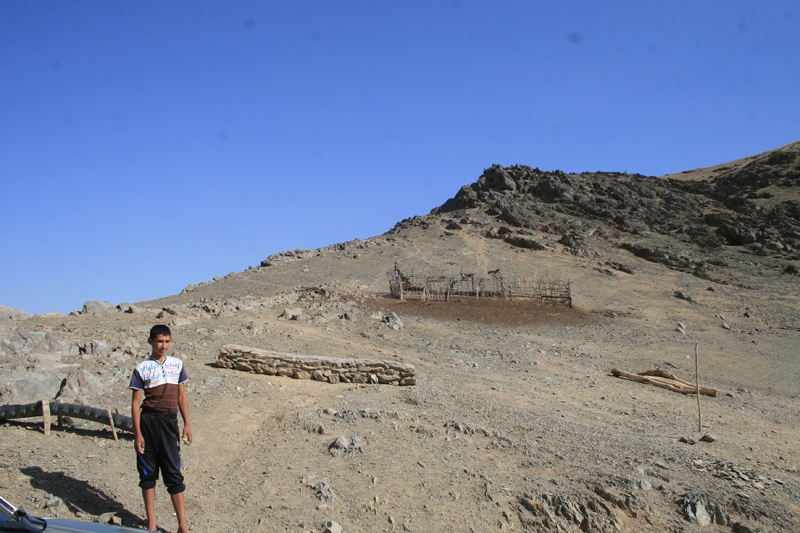 unenviable landscape when there is no vegetation

This does not require any urgent government decisions, no subsidies, or new laws, or money to solve this problem. All you have to do is just do it this way. So that everyone grows firewood for themselves on their own. And then all of us together can simply and easily solve this problem ourselves!

We reach out to all people living in the countryside, all teachers in schools, colleges, and parents!

Let's all cultivate a simple habit in ourselves and in our children - plant your own "wood" yourself. One household needs on average 3-7 m3 of firewood per year. This is roughly 3-5 mature trees. If everyone plants 5 trees a year, then each family can provide themselves with firewood without cutting down the wild vegetation. So we will preserve wild vegetation and, perhaps, it will also have a chance for self-healing.

But you need to plant every year, not one year, and then relax. 5 trees every year. This is not difficult. Don't stop even if you run out of wood. We have a moral obligation to future generations for the trees we have cut down. The more trees we plant, the better we will make our country. 5 trees a year is not that much, and not that difficult. Let's cultivate this habit in ourselves and in our children.

There are a lot of places where you can plant trees for your firewood - you can plant along the fence, in the corner of the site, along the irrigation ditch, along your field, plant where the ravines begin, wherever there is a piece of land.

We are releasing a guide to help every family on earth grow and harvest firewood. Anyone can use this guide and not only grow firewood for themselves but also make it their own business. This is our second suggestion.

Firewood - as a business

The fact is that 80-85% of the territory of our country is occupied by steppes and deserts. At first glance, these are unproductive lands. On the other hand, these lands are perfect for growing desert vegetation, which can be converted into a highly profitable product - high-calorie wood fuel. Such fuel is highly valued not only in the domestic market but can also be exported.

The GEF SGP continues to promote the idea of ​​people creating a firewood growing business. We ordered an economic analysis [2] and below are the preliminary results of the analysis.

For the calculations, data from the GEF SGP projects on the reconstruction of the desert ecosystem were used. One of these projects was successfully implemented on the territory of 60 hectares of the Dzharkurgan region, Surkhandarya region, which was launched in 2009. We wrote about the results in our previous issue.

The calculations were based on the following input data and assumptions.

By summing up the costs and potential benefits over the entire 10-year period of the project, the bottom line can be estimated and the net present value of the project can be derived.

Table 1: Calculation of the profitability of a 10 ha saxaul planting project.

Table 1 shows the values ​​of the initial investment, total costs, benefits and profits for each year. The project becomes self-sustaining in the seventh year, when the final profit covers all previous costs and investments. It can be seen that the profit without taking into account investments at the end of the 10th year of business is 64.2 million soums. The net present value (NPV) of the project is 16.4 million soums - this is the net profit, taking into account the coverage of all costs and investments, expressed in current prices in 2016. The internal rate of return (IRR) is 21%, which is higher than the discount rate (10%) and the project can be considered profitable.

Taking into account the above calculations, although they are estimates, based on an approximate monetary estimate of the possible benefits from the use of the fodder base of the project site and the sale of wood on the local market. To avoid optimistic forecasts, a conservative approach was chosen, in which the costs are reflected in full, and the potential benefits are based on the minimum acceptable values. It is possible that in the calculations there were some errors in the direction of exaggerating the monetary value of benefits, but even in this case, these errors cannot significantly affect the assessment of the project as self-sustaining, at least.

We have not yet made comparisons with the use of the desert in its current state as pasture land, in many cases highly degraded, but given the amount of existing areas in the country's deserts, anyone can guess how much benefit we can get from using deserts as land for firewood plantations. ...

Therefore, plant trees for yourself every year, even if tomorrow you cut them down for firewood. But in any case, you will not cut trees from nature, and you will consume exactly as much as you have grown.

And one more big request - spread this appeal as widely as possible, among your friends and relatives. The more people read and understand this, the more trees we will grow and save in our native Uzbekistan.

P.S. We have an announcement. Follow the announcement. In speed, we will display the book "Plant the wood yourself!". There, our famous forester Abdusalom Normatov gives the types of trees, how to plant them and how to collect firewood from them. It is already being printed. How it comes out, we will immediately expose, and whoever wants, contact us, we will definitely give a copy.

Satellite images show a clear trend - the process of forest area loss is underway all over the world. Over the past 10 years, the area of forests around the world has decreased by more than 1.2 million square kilometers (this is almost like 3 territories of Uzbekistan). Every year, according to various estimates, more than 6 million hectares of forest are cut down worldwide.

[2] Economic analysis was carried out by NGO KRASS, Khorezm