In the wake of regional meetings

As announced in the announcement, all three promised meetings took place - in Tashkent, Syrdarya and Jizzakh regions. 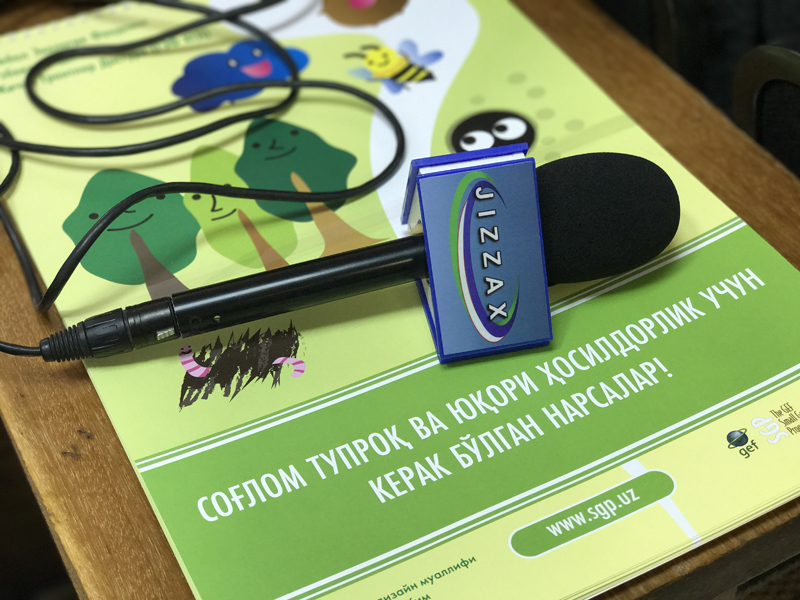 It must be said that the meetings were held with varying degrees of success. But one thing is for sure - farmers have become more active, somewhere more skeptical, but they are probing the ground, asking questions.

The first training took place in Tashkent for farmers in the Tashkent region. There was a good discussion and some of the blueprints have already come out. For example, a farmer from Chinaz region wanted to know how to deal with stubble to plant potatoes after wheat. Farmers consider stubble after wheat to be evil and believe that it must be disposed of by any means possible. And we advocate that stubble is an important resource, a source of organic matter for the soil, and it must be preserved in the soil by any means. It was agreed right in the middle of the meeting that several farmers from Chinaz would gather in one project and try the zero-seeding technology promoted by the GEF SGP on several hectares. We even almost argued for interest - the farmer wanted to pay us if we succeed or wanted us to pay him if nothing worked out and he won the argument - potatoes cannot grow on the stubble.

Other real-life ideas that can be worked out further include a few:

We will work on all these ideas directly with farmers. So stay tuned for the announcements.

The next day, a meeting was held in Gulistan for the farmers of the Syrdarya region. Unfortunately, I can’t say anything, because for some reason we were not asked to speak separately, but were asked to "briefly" talk about our program during a break from another training conducted by another agency. We quickly told everything about our Program. But the discussion did not turn out to be in any way active due to the lack of time and, in general, the inconvenience of such an arrangement. But let's hope that farmers who are interested will come directly to us with questions. Although, of course, the likelihood of this is reduced by the lack of time for communication.

A final workshop was held in Jizzakh for farmers in this area. Although there were not many farmers, there was still a very lively discussion. Aziz Nurbekov, Conservation Agriculture Specialist representing ICARDA and FAO in Uzbekistan, tried to be very accessible and open about this technology. There were a lot of questions. So we hope for possible project ideas on soil protection from Jizzakh on the Bogar. 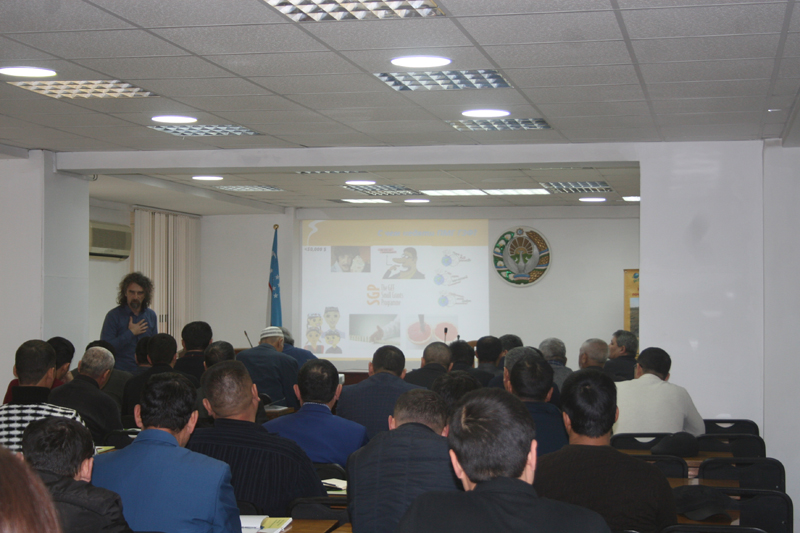 Farmers were also interested in the possibility of improved feed production for livestock.

The Chairman of the State Committee for Nature Protection of the Jizzakh region expressed great interest in the possibility of promoting micro-hydro energy in the region. We will be happy to respond to all specific proposals that might arise during the discussion.

At the end of the trip, we have already considered a specific idea to create a nut plantation combined with row crops. The good potential idea for scarlet plantings.

Let's hope that out of all these ideas, concrete projects will grow, which will carry on to the masses wonderful practices that preserve natural capital for our people. There are at least 10 possible project ideas for now.