Reintroduction into the nature of endangered species of birds of prey 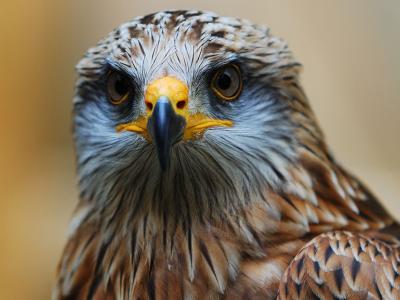 In recent years, the problem of endangered species is particularly acute in our society. Agricultural activities, animal husbandry, energy and extractive industries have a negative impact on almost all natural ecosystems. Ecosystems destroyed by anthropogenic impact have unstable and low productivity. Therefore, the value of the preserved territories and restored ecosystems only increases many times over time.

In this regard, the restoration and preservation of biodiversity is the only reliable and effective way to ensure the environmental stability of both individual regions and the Republic as a whole. At the same time, the passive option of environmental protection, involving the protection of natural areas and biodiversity on them, does not justify itself in practice due to its low efficiency: poachers continue to penetrate the territory of reserves and reserves, and industrial and residential construction, electrification implies a constant expansion of anthropogenic impact zones. In this context comes to the fore the search for compromise solutions that satisfy the interests of both the individual and the interests of the environment and leading to harmonious co-existence and co-development of technical progress and nature.

It is necessary to emphasize the unacceptability of the consumer position of human society in relation to natural resources, and the vital need for people to seek ways to preserve biodiversity, without tearing entire species of plants and animals from a single ecological chain, which inevitably leads to a chain reaction of violation of the natural balance of the ecosystem, which affects all its interdependent elements. As noted in the Fifth National Report of the Republic of Uzbekistan on the conservation of biological diversity, in order to ensure the effective protection of all components of biodiversity, it is necessary to develop comprehensive measures both for the protection of species themselves and for the preservation of their habitats – natural ecosystems, which are the regulatory mechanism supporting the ecological balance.

Detailing the above within the framework of the project, we will dwell on one of the species listed in the Red book of the Republic of Uzbekistan — Saker falcons. Saker Falcon (Falco cherrug) is a breeding, migratory species close to vulnerable, its number has been locally reduced since the 1990s, in total about 120-150 pairs nest in the Republic. IUCN protection status — endangered (EN) (Red book of the Republic of Uzbekistan, vol. 2, 2009, p. 160).

The main reason for the reduction in the number of Saker falcons in the entire range of its habitat is illegal catching and selling for the needs of falconry and electric shock on power lines, where Saker falcons often arrange their nests (Birds of Uzbekistan, volume 1, 1987, p. 214).

These factors are listed as key in the Global action plan for Saker Falcon (Saker Task Force) within the framework of the Memorandum of understanding on birds of prey (MOU) on the instructions of the 10th Conference of parties to the Convention on migratory species (CMS) (I. V. Karyakin and Dr. Saker Falcon in Russia and Kazakhstan; proceedings of XIV ornithological conference of North Eurasia). In addition, the National Strategy and Action Plan of the Republic of Uzbekistan on biodiversity conservation, approved by The Cabinet of Ministers of the Republic of Uzbekistan №139 dated 01.04.1998. The Saker Falcon, an endangered and priority species for protection, has not been included in any practical national or sectoral protection programme. At the same time, the fight against illegal extraction and removal of Saker falcons from nature for the purpose of selling them as valuable birds of prey implies the elimination of illegal markets and is a priority task of the authorized state bodies involved in their protection. It should be separately noted that to date, the natural nests of Saker falcons located on the supports of power lines have been completely destroyed by the servicing power Lines departments to prevent possible accidents associated with the ingress of Saker falcons into them.

Therefore, the problem of restoring their population today should be aimed at compensating the damage caused to the population of these rare birds of prey by anthropogenic factors, which is the main task of our Institution. The main activities of the Institution aimed at breeding in a captive environment and partial reintroduction to the wild of Chicks of the Saker Falcon.