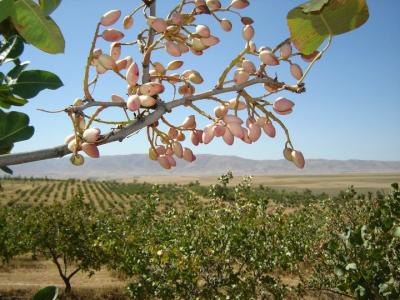 In Uzbekistan, about 400,000 hectares of land are located in the foothill (adyr) zones, and the geography of these lands extends over many regions of the country. The use of unproductive adyr lands on the territory of the republic for pistachio plantations has great potential and, from an economic point of view, this is a very profitable crop. And it is difficult to think of any other effective solution for the use of such unproductive land.

The first pistachio planting project was launched by the GEF SGP in 2009 in the adyr zone of the Jizzakh region. The purpose of the project was to show people living in the arid foothills that animal husbandry is not the most profitable and harmful to nature method of management. The project wanted to offer a different business model, a different method of farming and land use - the creation of an industrial pistachio plantation. The Jizzakh project was successfully completed just over a year ago. The project showed that pistachio is the most cost-effective farming method for such areas.

After such a successful outcome of the SGP, the GEF continued to work on the dissemination of this income-generating land use model. Projects opened in other areas. After that, two more projects were approved and implemented in Surkhandarya and Kashkadarya regions. We have disseminated information on pistachio throughout the country. This created a huge interest among farmers.

But it is not enough to create interest. We need to back up demand with supply. And people have a great demand for planting and grafting material. We had to start building the foundation for delivering all of this to the people. Foresters of the Republican Center for Ornamental Horticulture and Forestry came up with a proposal to create so-called "points of growth" throughout the country. The point of growth is a collection of varietal pistachios, which exists in order to be able to receive and sell planting and grafting material from it to everyone. One growth point was created in the Jizzakh region for this and neighboring regions (Samarkand and Navoi). Now a "growth point" is being created for the Ferghana Valley as well.

The growth point will be created on the lands of the Rustamjongulshani farm located 8-10 km from the city of Andijan, in the Andijan district, Andijan region, on the Istiklol massif. The farm has 155 hectares of adyr lands, where agricultural crops were grown and there were orchards with vineyards. The irrigation system eventually ceased to cope and soon fell into disrepair, which led to the abandonment of these lands, as a result of which, the processes of soil degradation began. Currently, these lands are used by the local population only as unproductive pastures, thereby intensifying degradation processes due to overgrazing.

This area is a natural habitat for pistachio growth and evidence of this is the preserved single pistachio trees and its small arrays. 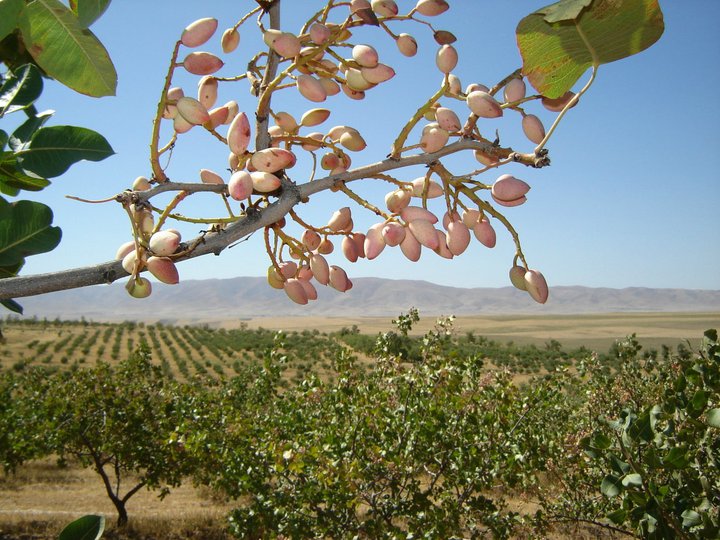 Since 2012, the farmer has participated in many pistachio cultivation trainings and, using the recommendations, has done a lot of work on planting his land with pistachios. At the moment, he has mastered about 78.5 hectares of foothills by planting them with pistachios.

The fact that the lands of the farm are typical adyr territories and the farmer has done a lot of work, as well as the fact that his lands are located not far from the city of Andijan, which in turn makes it possible for interested or potential customers to visit the plantations, there are conditions that allow to organize on the territory of this farm a “point of growth” and a Center for the dissemination of technology for industrial pistachio plantations for the Ferghana Valley.

There is every reason to believe that the activities of the GEF SGP in terms of spreading this crop are already bearing fruit. Many lands will be saved from degradation, farmers who got barren and "inconvenient" land will still perk up and bring a lot of benefits to nature, themselves and people.