The production of a small no-till planter 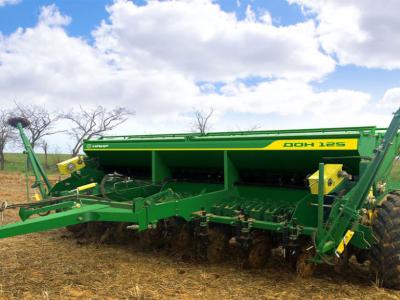 In already distant 2010, the SGP GEF approved a small $ 11,000 project of a village of Nazarkhan, Karakalpakstan. The project was about to assist local workshop, led by Amir Ernashev. Actually, the aim of the project was to buy tools for the workshop, which was headed by Amir-aka, so that the workshop could make energy-saving stoves that save firewood and as a result preserve vegetation. The project was completed a long time ago - all equipment was purchased and transferred to the workshop, and the latter worked efficiently and does so to this day.

Moreover, in 2015, our partner, the ICARDA organization, which works in the field of improving the efficiency of agriculture, started a project in Karakalpakstan to create an Uzbek small planter of zero seeding. As you remember, the SGP GEF actively promotes soil conservation agriculture techniques where no-till planting is one of the key elements.

ICARDA specialists knew the principle of the planter and wanted to transform it into a real seeder. An experienced master capable of making such planter was required. And the only one they could find was Amir-aka from Nazarhan. Amir-aka was able to create a zero seeder based on the drawings and instructions of ICARDA experts by remodeling and modernizing the already existing seeder in his workshop. The seeder was tested and re-adjusted, and now, it is a real seeder that can serve farmers in Uzbekistan. The planter (seeder) is estimated to be both reasonable and affordable for every farmer. it will cost about 2500-4000 thousand dollars.

Thus, a small drop of SGP GEF help turned a simple workshop in the village of Nazarkhan in another good ocean of opportunities. .

But that's not all. During the work in Karakalpakstan on no-till planting ICARDA specialists managed to attract the attention of the republic authorities to this important soil-saving practice. The Karakalpakstan authorities addressed a letter to the GEF SGP with the request to consider the opportunity to help the development of zero planting in the republic by creating a small production of the latter zero planter.

Along with the Council of Farmers of the Amudarya District of the Republic of Karakalpakstan, ICARDA, the district administration and local experts, the project was prepared and approved by the GEF SGP Committee in January 2017.

We hope that in the Amudarya region (based on the local MTP) as early as in 2017 a small-scale production of zero seeders will appear, which will be be sought after farmers of Karakalpakstan and other regions of Uzbekistan.