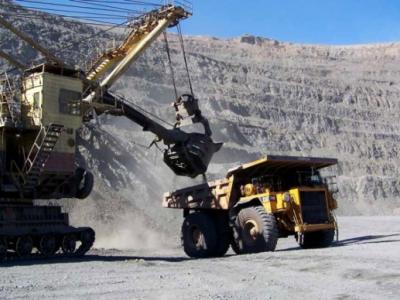 The earth is the ideal habitat for all forms of life. And the life of its inhabitants depends on how healthy it is. Healthy, the earth, like any living active structure, can be with the proper functioning of its systems, connections and mechanisms. The current global economic system is based on endless consumption and increasing production volumes. And this vicious circle, becoming more and more deep and drowning in interdependence, contributes to the emergence of crises, and the most important and dangerous crisis that can lead to disaster and the collapse of all economic systems can be an environmental crisis - the crisis of the planet.

At present, many experts, scientists and political scientists agree that there is an urgent need and the inevitability of the transition of the world's dominant methods of management to the path of sustainable development. The world industrial civilization is based on the intensive use of mineral resources, those resources of the earth, extracting which a person called them minerals and, without thinking about the fact that they are non-renewable, began to consume them uninterruptedly, bringing the situation and the relationship between “man and nature” to a state of crisis. Access to natural resources has opened the gates to the world of social benefits for man, which he now possesses. And in pursuit of the growing desire to have more and more and better modern society forgets about the inalienable rights of future generations to the same opportunities for access to resources and social benefits. Today it becomes difficult to assert that the scientific, technological and social progress that began in the last century continues to be true values ​​for humanity.

Sustainable development is determined by the principle of equal opportunities for all future generations, and this principle is an alternative to the existing industrial civilization, which, unfortunately, follows a dead end. The current conditions require a transition to new approaches in daily practice, to appropriate innovations in industrial, agricultural production and the use of natural resources.

The primary users of natural resources that have the greatest impact on the state of the environment in Uzbekistan are rural residents involved in agricultural production. Most of the problems with the irrational use of land, water, energy and biological resources arise because farmers, businesses and the local population do not know the best practices in this area.

Many organizations and institutions around the country are working to develop innovative technologies and best practices. Many of them have real developments and proposals for the implementation of such technologies. But, as a rule, this kind of information is available only to a limited circle of people and therefore the dissemination of information on such practices does not cover the maximum number of potential users.

Currently, insufficient work is being done throughout the country to disseminate and promote best practices that contribute to the conservation of natural resources and at the same time are beneficial from an economic point of view. But economic growth is not worth it, and the continued work in the old fashioned way leads to the depletion of natural resources, degradation of land and habitat.

This project is entirely aimed at filling this gap by holding a "Knowledge Fair" - an event that is designed to share knowledge with everyone about new technologies in the field of nature management.

Below, project documents are offered for your attention.